Sign up for my Monthly Boundary Notes, a round-up of thoughts and actions to help you stand out… 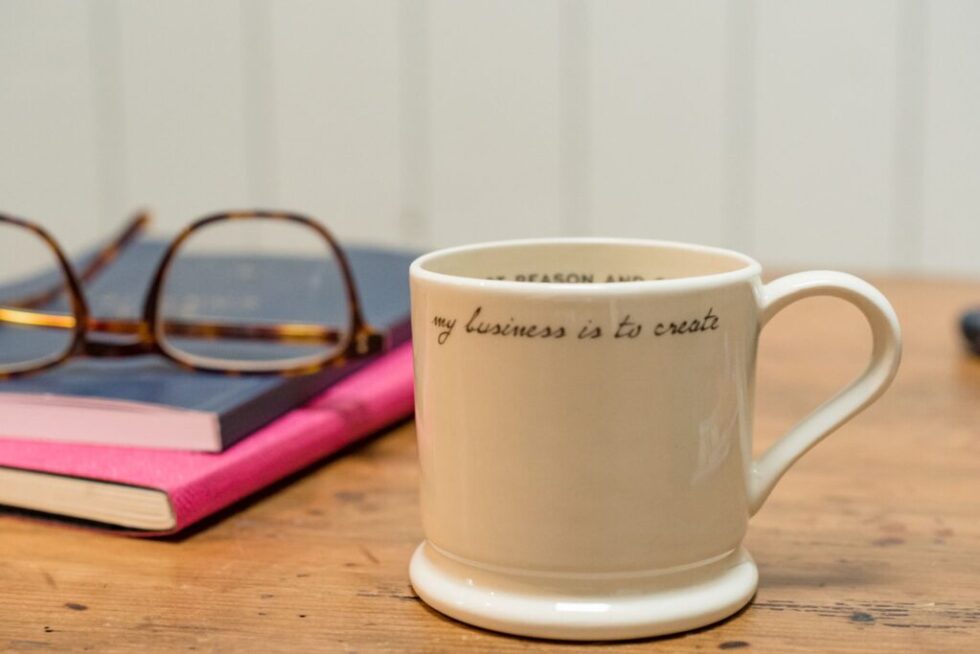 Of Motto and Memento

The definition of a motto is a phrase or quote that is representative of a person or brand’s ideals and values.

Memento – an object kept as a reminder of a person or event.

Doris specialises in being there, in the moments when you need support or thought, with a perfectly placed quote to anchor and reassure you, to lift you up or calm you down, to send love and good wishes or just a cheerful thought.

Made at one of the last remaining UK potteries, Doris mugs come in half or quarter pint size, perfect for a good size mug of tea or an espresso coffee small mug.

Doris’ literary mugs capture a quote which plants a thought, designed to prompt the owner to catch a breath, pause and mull over the saying.

As a brand, Doris captured my heart when I purchased my very first mug years ago.  A creamware mug, made in the UK and of perfect proportions for my mug of tea.  As someone who has a mug hierarchy determining which one to use if favourite mug was not available, Doris shooting into the number one spot was quite an accolade.

Each of the mugs has a motto and I think that the beauty is that they can mean different things to different people, our own personal experience refining the words to provide the support we need.

A great example of how the quote can resonate is one of the literary set of espresso mugs, beautifully formed, its simple design lets the words amplify from the mug rim to the drinker.  William Blake was a famous non-conformist who lived from 1757 – 1827.  An English poet, painter and printmaker, his works were largely unrecognised during his lifetime and looked down upon by the creative establishment of the time.  He worked to bring about social change and is now recognised as one of the leading figures of the Romantic Age.

One of his most famous quotes was,

‘I must create a system or be enslaved by another man’s; I will not reason and compare: my business is to create.’

The context in which he said this would have been when he was swimming against the tide, forming his own way and developing his own methods, he was validating his approach and protecting his creativity.

As someone who runs businesses heavily immersed in the world of social media, I can’t help but take the quote on the Doris mug which is the latter part of his saying and frame it against both running a business and the pressures that social media can place upon some people.

‘I will not reason and compare: my business is to create.’

I’ve often advised people in coaching sessions to plough their own furrow, to concentrate on their own game.  By all means take a look at what the competition is doing, but don’t let it define you and what you’re doing.  They’re working with different experience behind them and probably different aims ahead of them – their actions may look good on the surface but their results might actually stink.  The fact is that YOU JUST DON’T KNOW what’s going on with them, so best to just concentrate your own thing and don’t let yourself be consumed by their success or otherwise.

The same applies to social media, it is so easy these days to check what other people are doing and then to feel ‘less than’ about what you’re doing.  Why not turn it on its head and imagine how much ground you could cover if you spent your time not worrying about what others are doing, but instead working on your own business, focused on your own goals and ambitions.

So as you draw up that chair, and the kettle clicks and you reach for a mug…just imagine if Doris were there with you, and as you scrolled that feed and brought the cup up to your lips, Doris quietly reminded you that you don’t need to reason and compare, your business is to create…that beautifully unique and gorgeously talented thing that you do.  You do you…let them do them… 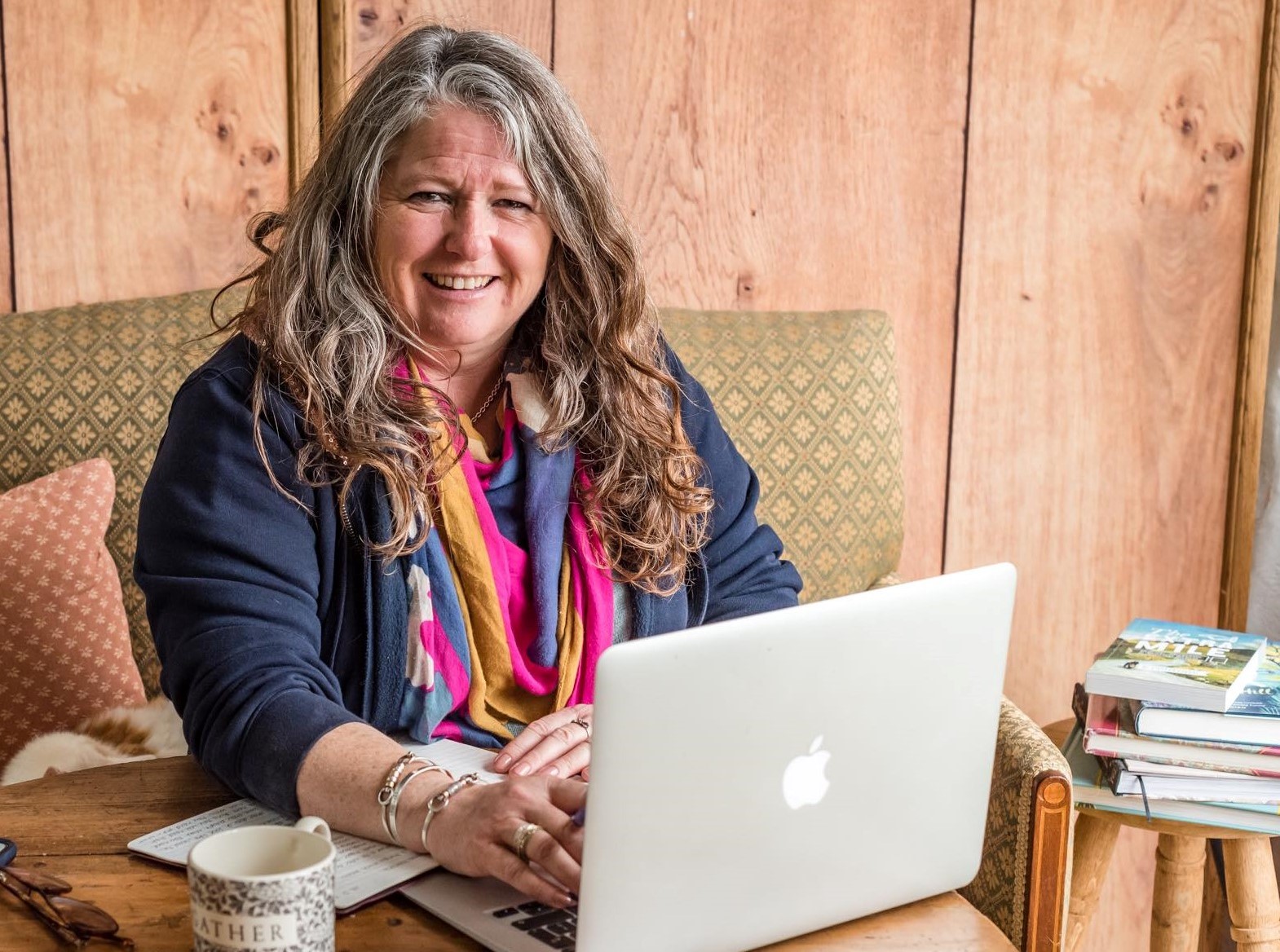 First and foremost I’m an entrepreneur, I’m running my own businesses and advising a couple of others. I love to find innovative solutions and ways forward (see where the boundary scout is coming from?? 😉 and I’d really like to share some of the things I’ve learnt along the way with a select group of entrepreneurs. So I’m most certainly an entrepreneur who will be teaching others, rather than a teacher who used to be an entrepreneur – and I think that’s really important.